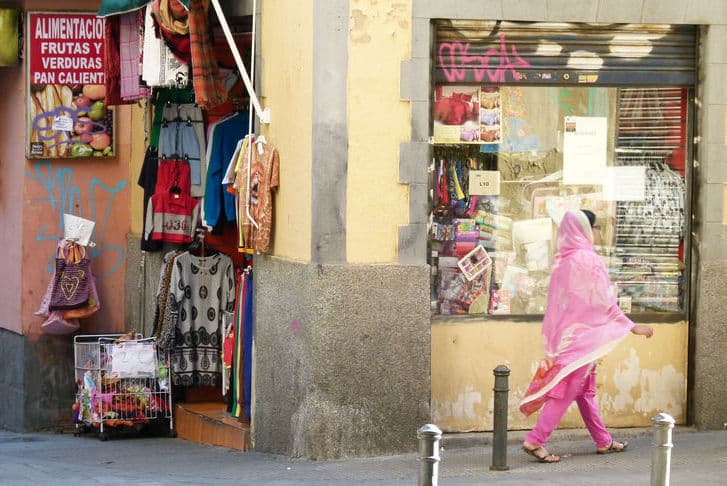 Lavapiés is a traditional, cosmopolitan and multicultural neighborhood, synonymous with color, life and culture.

Humble neighborhood formed in the sixteenth century,its abandonment and deterioration made it from being a quiet area mainly inhabited by older people, to being the area of the capital with the highest percentage of occupied houses and shelter from people with limited economic resources: what eventually gave it the look dirty, decadent and insecure that the neighborhood has presented until recently.

In the process of gentrification, Lavapiés is a place to visit and to know before it is late and leaves behind its characteristic atmosphere.

A woman in typical Indian clothing walks around Lavapiés.

Today and thanks to the efforts of many neighbors and traders who have undertaken renovations and rehabilitations,the neighborhood has become a very pleasant place to walk, eat or go shopping. A facelift that has managed to transform that careless and decadent aspect into an area with a certain charm.

Lavapiés is the area of Madrid with the largest number of squares and self-managed social centers. It is the ward in which the first experiences of occupation of the capital. Collectives, associations and neighbors of the neighborhood, manage in autonomy several premises where locals and foreigners come to meet, learn, teach or share experiences and knowledge. Despite the rapid and serious process of real estate speculation that threatens to make the neighborhood disappear as we know it, and the police repression because of the movement occupies,the neighborhood, its associative and political activity resist.

More and more middle-class Spaniards are moving there attracted by the rich social universe, by homes at more reasonable prices than in other neighborhoods. for its cultural and gastronomic offer.

Walking through Lavapiés is walking through a miniature world. Its narrow alleys, its orography, its facades, its traditional commerce and above all the simplicity of its people are its hallmarks. Lavapiés is a united neighborhood where the social fabric is more alive than ever: several of the most unusual proposals in Madrid (of which we speak here) are found here: This is a square or the Tobacco.

It is also home to large cultural containers such as: The National Drama Center, the fabulous and old National Film library or the interesting Casa Encendida.

Some call it “The Boardwalk of Lavapies”. Argumosa Street is absolutely full of bars and restaurants with their respective terraces. Mainly Spanish food, tapas and place of beer, it is not difficult to find room at mealtime although you will definitely be lucky if you make a hole in an afternoon of spring or summer.

The Street of Art:

Next to the Reina Sofia museum we find Dr Fourquet Street, the street with the most art galleries per square meter in all of Spain. A street of only 500 meters with no less than 17 galleries especially dedicated to art and contemporary creation. From some of the country’s most important galleries to newly installed young gallerists, they even coordinate to present collective exhibitions. Dynamism, freshness and culture in which many already call, the street of art.

Lavapiés is one of the most cohesive and supportive neighborhoods. This is a sign that most of the self-managed social centres are located here. An ancient tobacco factory converted into a cultural center, an old plot converted by the neighbors into a garden and an orchard, an old branch of a bank that is now a social club… Much more in our article on Madrid Insólito. 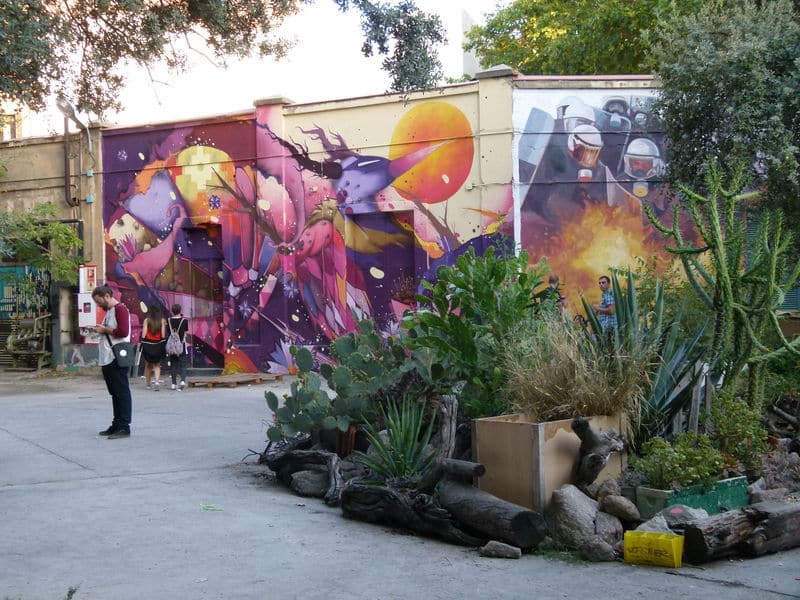 Corralas are traditional Buildings of Madrid, arranged around a central courtyard. . It seems that his nearest antecession would be the houses with the courtyard of the Arabs. Most of the remaining 400 are located in Lavapiés,where some of them are now partially visible.

Next to Malasaña, Lavapiés is the cradle of Madrid street art.. Great artists and small artists decorate murals and entire streets.

Lavapiés’s corners, corners and squares hide works of art worthy of the best of contemporary museums. 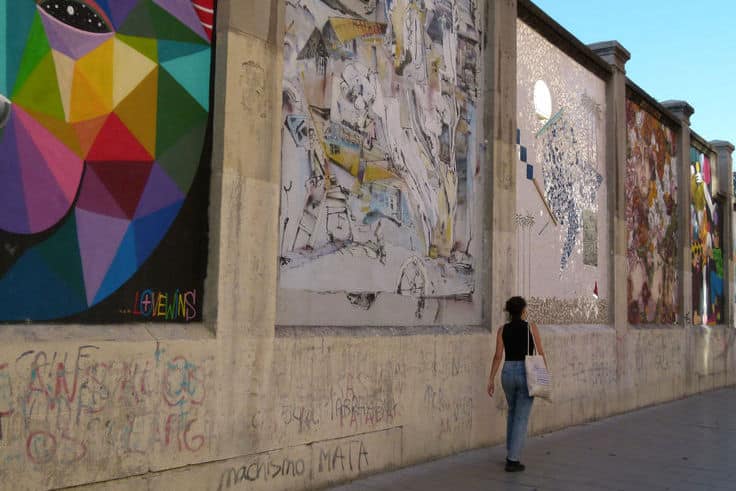 Between August 5th and 16th each year,Lavapiés and La Latina dress up as a party. The first party – in honor of San Cayetano + begins on August 5 and has as its nerve center the Plaza de Cascorro (where the trail is usually made). The feast of San Lorenzo in the Plaza de Lavapiés follows and then concludes with the festivities of La Paloma in the neighborhood of La Latina.

12 days of partying and entertainment. If you are in Madrid we recommend that you do not miss them because there are not only endless activities and concerts but it will also be a perfect way to soak away from the festive culture of Madrid.

The San Fernando market is an example of this neighborhood merger Formerly a market to use, the market has progressively been transformed into place of leisure and culture, among the fish markets and butchers we find tapas bars, craft shops or even a curious bookstore that sells books by weight.

If we had to describe the, inhabitants of Lavapiés with one word,that would be simplicity. People from all the countries of the world live with Madridns of all their lives in harmony.

If you have read or heard somewhere that Lavapiés is an unsafe area, ignore it. It’s been a while since Lavapiés is what it was. You will enjoy your visit, we will enter the Madrid of Madrid and discover a beautiful neighborhood that certainly deserves to be visited.