Madrid’s gastronomic markets are among the city’s landmarks. These markets are generally offered bars, food stalls, restaurants, and even terraces and patios.

The Food Markets of Madrid

One of the first markets in Madrid that, although it no longer serves as a traditional market (none of the original stalls remained), it has become a gastronomic temple.

It is a market where gourmet products abound, oriented to tourism so you can find products from all places. The quality of your proposal is undeniable. It may not be the best place in Madrid to try the local food but it deserves without hesitation, a visit. Oh! It also opens from 10h to 24h (and on weekends until 2hr)

Iberian ham: When the people of Madrid leave the peninsula, this typically Spanish cured ham is one of the delights that they miss the most. Unlike Serrano ham, Iberian ham is made with Iberian pigs, bred in the wild. feeding on acorns and mainly in Extremadura and Andalusia.

The Market of San Antón

Another market that was a day place to shop and that today has been left in a market where to eat and drink. It is the most modern market in Madrid, it is often a place where concerts and activities are held and also has on its top floor a very cozy terrace-restaurant (for more information, here is the article that we write about rooftop terraces). 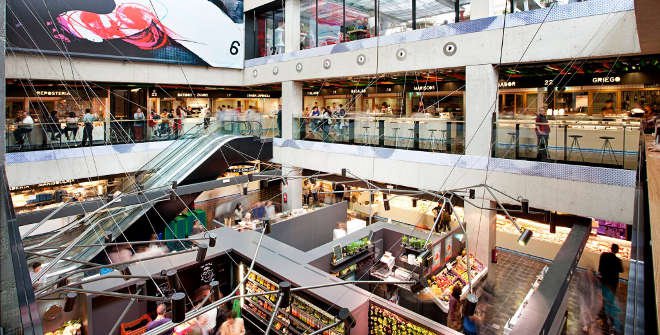 Another modern proposal. The market of San Ildefonso was built only a few years ago. It is in the middle of Fuencarral street, shopping area (see article on shopping in Madrid). It’s pretty good to eat if you’re looking for something fast and not too expensive. The best thing is that on its upper floor there are also two terraces and a cocktail bar. 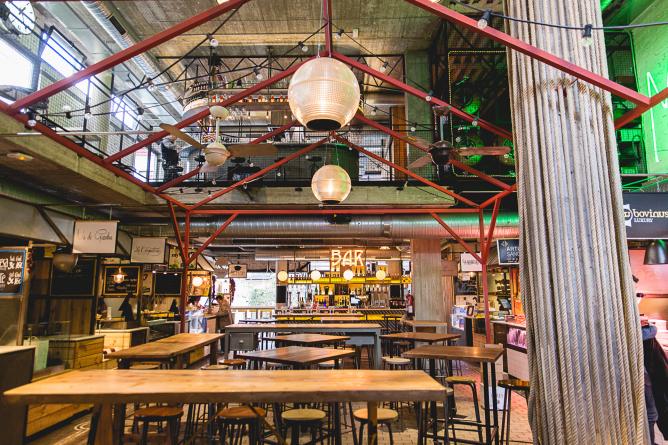 In the neighborhood of La Latina, this market retains its traditional function. Opened in 1875, it has been close several times due to the heavy real estate pressure it suffers, something that has led to the departure of numerous traders. Today, about half of the stores are open.

Gradually, new entrepreneurs are settling in. There are some bars, a new watchmaker, an art gallery… An example of neighborhood resistance. Long live the barley market!

Each district of Madrid has its own market where it is possible to buy fresh fruits and vegetables, meat and fish. In most market squares, you will also find bars where you can stop to taste a little wall.

From our point of view, it is one of the markets that has aged best. Although it has been modernized and has many bars and restaurants, it also retains its old market function achieving a balance that attracts a very varied audience. Its last floor, has been converted into a flamenco school and depends on the time at which you go it is relatively easy to hear “taconeos”. 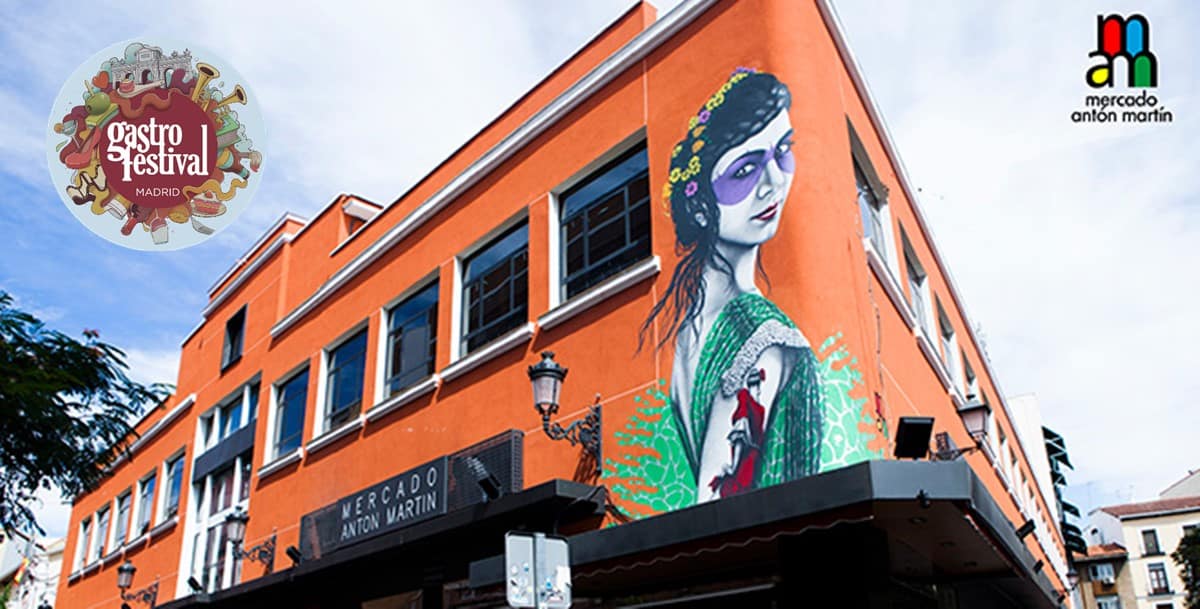 In the multicultural neighborhood of Lavapiés (of which we already talked about here and in which we also organize guided tours). Food market 100. Local, young and lively atmosphere barely preserves a handful of traditional shops (charcuterie, fishmongers, fruit shops) that survive hardly. 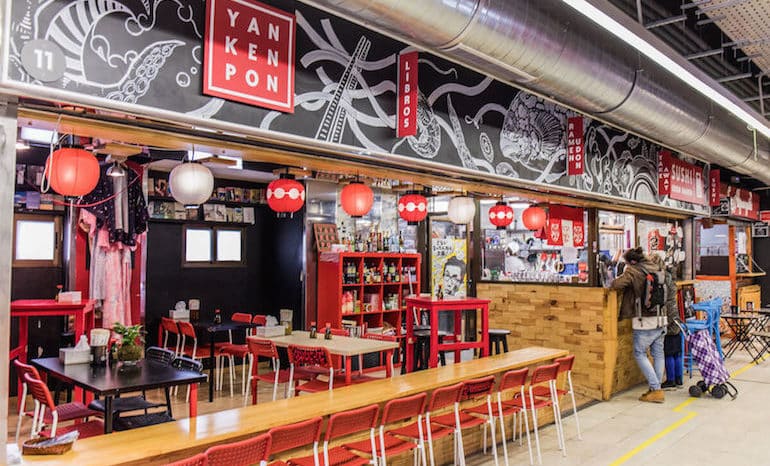 Otherwise you will find typical Asturian food, Greek food, Asian dishes, the workshop of a Senegalese seamstress, a bookstore that sells books by weight… In addition, they often organize activities on weekends in their central square: salsa, swing, workshops for children, etc. The San Fernando Market has been able to renew itself and is now a reference in the neighborhood.

Chorizo, longaniza (sausage), sausage and many other porcine products make up a good example of the quality of Spanish delicacies.

The most spectacular food market: Platea

Something different. Platea is a gourmet temple. A prestigious market that however is not well known among locals, perhaps for its recent opening. It is located in the golden mile, in the Salamanca district. It occupies an old theatre and preserves the moat, stage and amphitheaters.

With a varied gastronomic offer (here you will find everything from Spanish food to Japanese sushi, to a couple of places that have Michelin stars. In addition, it is easy to enjoy one of the many shows that the market organizes in its old stage.

Another market that is also in the Salamanca district. Opened in 1885, it remains today a traditional market. Fresh produce, vegetables, fish, meats, gourmet products and a bar where you can have a wine. A classic.

Cheese: Each region of Spain has its own cheeses. Two examples: Castile-La Mancha, Manchego, is made of sheep’s milk, and that of Extremadura, called Casar cake, extends over bread. 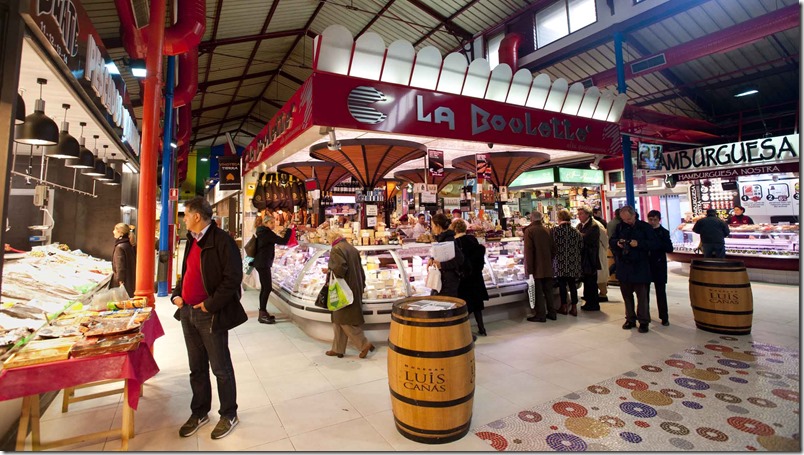 This market is another of those mixtures between gastronomic and traditional market. Built in 2014, the modern building occupies the site of the old supply market in the neighbourhood. On its first floor you will find a market to use, on its second floor the “Food Market Barceló”, a gastronomic space of industrial appearance with 18 different food stalls. Also on the top floor, there is a gym and a bar with outdoor terrace (see more terraces in Madrid) 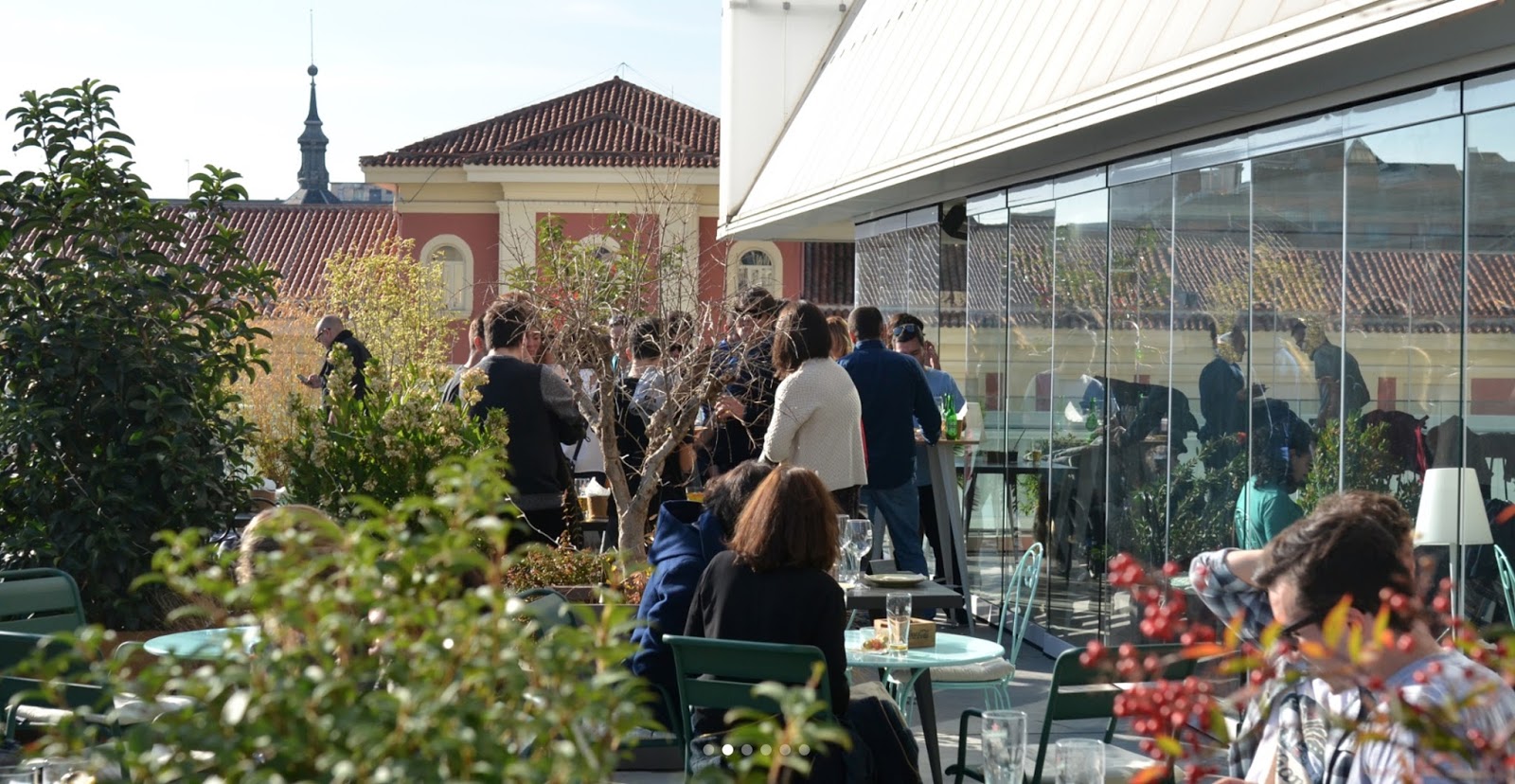 Olive Oil: Spain is the world’s leading producer of olive oil, the essential ingredient of the Mediterranean diet, declared by UNESCO as a World Heritage Site.

Ecological Market: The Orchard of Lucas

Something different from the rest of our propositions. An eco-gastro-cultural project, a small organic food market that also houses a bar inside. Beyond a simple market, the lucas orchard has become a meeting place for all those people wishing to lead a healthier and more natural life. 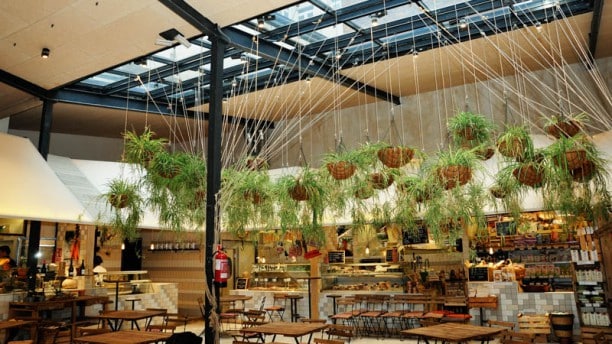 A reference of ecological leisure in Madrid with a complete calendar of activities ranging from film screenings to concerts, health conferences, cooking courses, concerts, workshops…

MUNICIPAL MARKETS
In recent years, they have become a must-see for residents and visitors.